Whoops! This one is private. Apply today and wait for the Admin's approval then you’ll have full power to vote, share and suggest!

We noticed you’re not registered with this host organization. Simply click “Join” below and you’ll be added to their list.

You are now a member of the "Increase Female Entrepreneurs" Group.

The new few screens will show you how you can change the world.

Simply look for groups to join.

If you don’t find one you’re looking for, be the first to invite them and earn our prestigious DominoOne badge!

Once you join a group, you can vote issues up or down depending on what you think is most important to solve!

Just keep your eye on the clock.

The top issues from the previous session are now ready to be reviewed and solved.


The organization will have suggested ways to solve them.


Now you can vote them up or down, improve them or provide totally new ways to accomplish the goal!

Once solved, the organization will provide a final solution set. In some cases, additional funding may be needed.

You can help spread the word and donate through funding links to make that solution a reality.

And... each share and donation increases your Humanity Score!

As you vote, share and improve the world, your Humanity Score improves
and earns you valuable points and badges.

This is where change happens. Your voice. Your vote. Your ideas.

On behalf of humanity – THANK YOU. 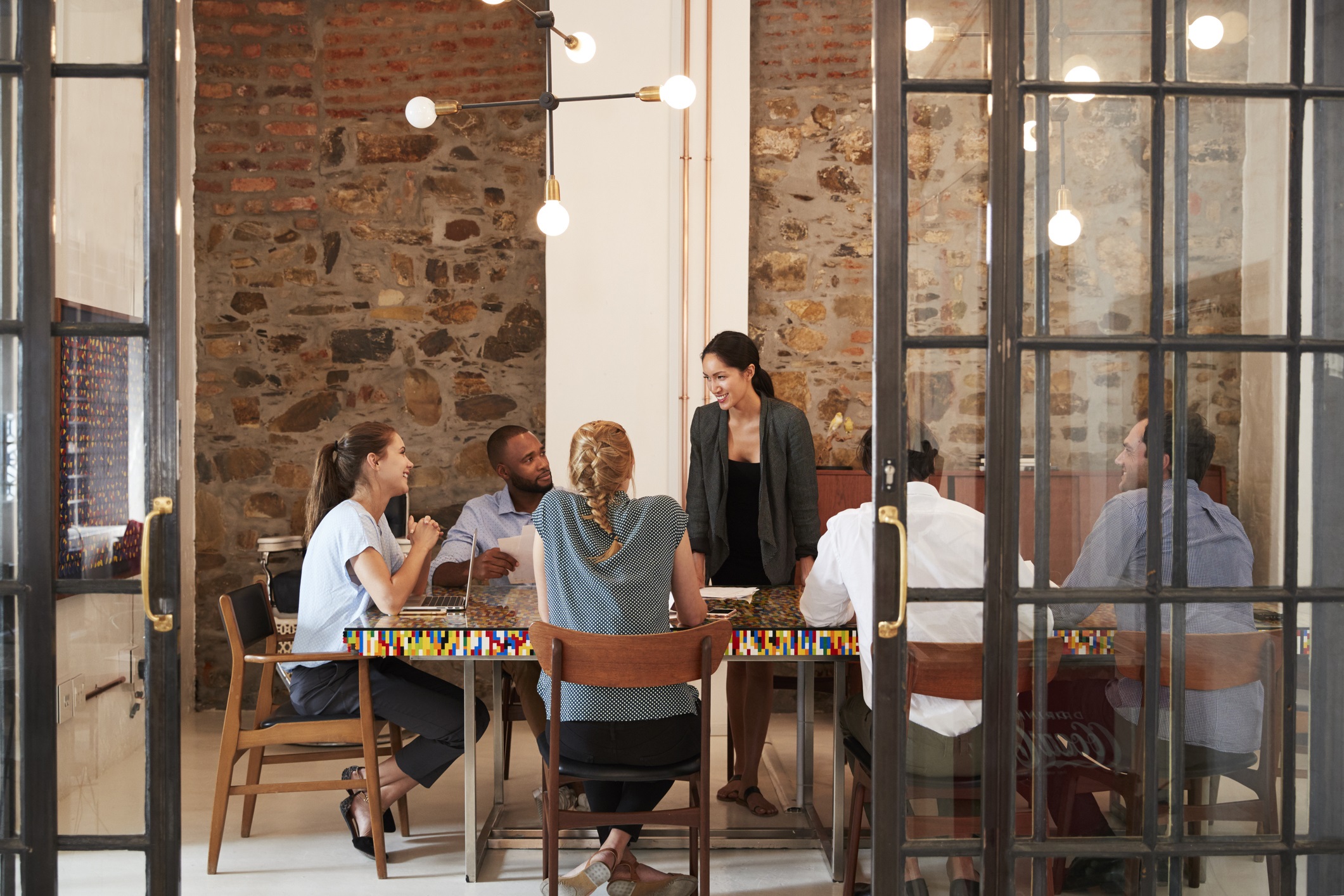 
It's time. The world needs you. Your ideas, your courage and your action. Change can begin with YOU.

Initiatives That
Matter to You

Issues You Care
About Most

Increasing the Number of Female Entrepreneurs


So, what can be done to encourage more women to become entrepreneurs?

Women could benefit from support in four areas: access to funding, community connections that allow them to connect with other individuals who have been through similar challenges; confidence to navigate the difficult path of entrepreneurship, and increased access to elected officials who make decisions affecting their businesses.

To date, there has been a huge gender disparity between the number of startups. Given that 2018 has been cited as the 'Year of the Woman,' it's clearly time the number of female-owned businesses increases to equal those owned by men.

The economic impact of an increasing number of female entrepreneurs is significant and holds the potential to continue to be a major driver of economic growth. Women entrepreneurs give back to their employees, their communities and their countries. Let’s keep investing in them. It will truly benefit us all.

Globally, from 2015 to 2016, women entrepreneurship rates increased by double that of their male counterparts. In the United States, not only do women own 11.3 million businesses, it is estimated that 36 percent of all businesses are owned by women, with an economic impact of $3 trillion, creating or maintaining 23 million jobs. As investors continue to seek opportunities to maximize returns on their capital they are beginning to look towards female-led businesses; studies show that on average female-founded companies create over 60 percent more value for investors than those founded by men. Moreover, it has been estimated that if more gender parity existed in entrepreneurship, and women started businesses at the same rate as men, global GDP might increase by $28 trillion by 2025.

Despite this, there are still obstacles facing women looking to start businesses. Female business owners aren’t receiving as much funding as their male counterparts. Their loan approval rates are about 15-20 percent lower, and women-owned companies receive only 10% of VC funding. In 2012, only 7% of startups were female-led. One cause for this disparity maybe lack of confidence due to gender norms. According to research by the Global Entrepreneurship Monitor, women in the United States are 18% less likely than men to perceive they have the capability to start a business. Female entrepreneurs are an important part of our economy. So, what can be done to build confidence, provide equal opportunity and continue this increase in female entrepreneurship rates?

What is Happening Now

Women have long been underrepresented in entrepreneurship, but that trend is shifting.

Globally, entrepreneurship rates among women increased by 13 percent versus 5 percent for men, according to the Global Entrepreneurship Monitor (GEM), which monitors 40 economies from around the world.

In trying to increase the number of female-owned high potential startups, there are three key issues: access to finance, confidence, and a lack of role models or access to networks.

So, what can women do to try and overcome these barriers and become successful entrepreneurs? Carla Harris, the chair of the National Women's Business Council (NWBC), offers this advice:

"Women entrepreneurs should leverage the resources already in place, as there is a plethora of support across the country specific to women business owners. In a thriving ecosystem, there are in-person and virtual incubators and accelerators, SBA resource partners such as SCORE, Women Business Centers and Small Business Development Centers, as well as online educational resources that provide powerful knowledge throughout the business lifecycle."

Leveraging a personal network to find a mentorship and raising capital through crowdfunding, micro-loans or angel investors who specifically focus on female entrepreneurs is also a route being taking by women looking to start a business.

Through these methods, women have made leaps and bounds in the field of business, but there is still much to be done to ensure women have every opportunity to grow a thriving business.

Despite great strides, female entrepreneurs continue to face roadblocks. The lack of financing allocated for women-led enterprises is particularly troublesome; of the $58 billion that was invested by venture capitalists in 2016 only $1.46 billion reached women-led companies. While female-led businesses are increasingly being funded, access to capital for female entrepreneurs is far from reaching parity. Around the globe 90% of funds are managed by men. It is vital that we grow the number of female fund managers on the venture capital side.

Globally, fewer than 2% of female entrepreneurs are starting technology companies. We need to put a big focus on role models in this industry. Entrepreneur Julie Sinnamon says: “If you can’t see it, you can’t be it.” Research shows that women are much more impacted by role models than men. So, the fact that there are an insufficient amount of female role models that are entrepreneurs may have caused a lack of women in the technology, engineering, finance, and other industries.

Many women have family responsibilities in addition to business responsibilities. We need to normalize balancing work and family so that women don’t continually feel guilt. Confidence is key; it affects attitude toward risk. Taking risks is something women need to do if they want to scale their business.

If women in business communicate and share experiences, they can gain the confidence to go for it and create successful businesses.

Female Entrepreneurship has come so far in recent decades, and we need to work as a community to ensure this growth continues and there is equal opportunity for all. We need to work to increase the amount of funding given to female entrepreneurs. Women who have already succeeded in business need to become role models to young women interested in starting a business. Through this, we can foster an entrepreneurial spirit which will, in turn, grow our global economy and provide an opportunity for a new world of innovation.

Ready to get started?  Let's go

Initial Solution Concepts Sourced from Top Organizations such as:


You’ve successfully registered your account and we can’t wait to see how you change our world. The final step is verification so we know you are you!


1. We’ve sent you a verification email to the email address you provided. If you didn’t get it, please click here.

2. Once received, click on the link in that email and it will open up a new browser window asking for a special code.

3. We also sent you a one-time text message with that code.

4. Simply type that code into the newly opened browser window and that’s it.


We suggest you keep this window open until all of the steps have been complete.

You have been temporarily blocked from performing this action.

Please allow our admin to review and verify your reported post.

We will update you soon.

Each member is only allowed five (5) up votes and five (5) down votes to set priorities. You can click on a previous vote to “un-vote” and re-allocate elsewhere.

Thank you for Subscribing!


You’ve successfully registered your account and we can’t wait to see how you change our world. The final step is verification so we know you are you!


1. We’ve sent you a verification email to the email address you provided. If you didn’t get it, please click here.

2. Once received, click on the link in that email and it will open up a new browser window asking for a special code.

3. We also sent you a one-time text message with that code.

4. Simply type that code into the newly opened browser window and that’s it.


We suggest you keep this window open until all of the steps have been complete.